Home Avatar Insurance Reviews 2023| Everything you need to know
IInsurance

Avatar Insurance Reviews 2023| Everything you need to know

Avatar Insurance review looks at what customers have to say about the company. We’ll also look at average premiums so you can make educated choices when looking for the best homeowner’s insurance in Florida.

Avatar Insurance has less than 1% of the Florida home insurance market and has an ‘A’, an exceptional rating from Demotech.

In Florida, the company provides homeowners, condo, mobile homes, and commercial insurance. According to the company, it intends to “treat our policyholders’ assets as if they were our own.”

Have you been hearing about Avatar insurance and wondering if you could use them? This article breaks it all down for you. Keep reading.

What is Avatar Insurance?

Avatar was one of several new property and casualty insurers to spring up in Florida during the late 2000s, entering the struggling homeowner’s insurance market in 2008.

Citizens Property Insurance Corporation, the state-run property insurer for Floridians who had difficulty finding policies in the private market, was one of many companies that participated in the large takeout process.

Thousands of Citizens policyholders were approached with an offer to accept a new policy from the company in this takeout.

Since its inception, Avatar insurance has written new business in addition to takeout policies.

Over nearly a decade, the company has steadily grown to a market position with assets in the vicinity of $50 million. Avatar completed the acquisition of Elements Property Insurance Holdings in March of 2017, expanding its market to a larger area.

Avatar, which is headquartered in Tampa, sells homeowners and commercial property insurance through a network of independent agents throughout the state.

What Insurance Products are Offered in Avatar Insurance Company?

Avatar writes three types of homeowner’s insurance policies, including those for-

The website provides little information about the policies, but it does provide a brief explanation of what each section of the standard form homeowner’s policy covers.

Replacement cost for the home itself, coverage for other structures on the premises, and personal property are all covered. Personal liability coverage is also included in the policy.

There are several premium credits (discounts) listed, such as having an alarm on the premises and a discount for homeowners over the age of 55.

Condominium insurance policies cover the portion of the structure that the homeowner is responsible for, as well as personal property and liability.

Condo insurance policies are intended to cover areas that are not covered by the condo association’s policy, which typically covers the outer structure and any common areas.

The website offers online quoting, but the building cannot proceed without a physical address.

Unfortunately, conducting a review on the rates of Avatar insurance or estimate of an average premium for this company due to the unique nature of homeowner’s insurance.

Despite the fact that the Florida Office of Insurance Regulation provides a useful rate comparison tool, it is difficult to locate Avatar insurance on the list of companies.

The ability to get a quick quote online is a useful tool for insurance shoppers, but it only provides a basic number.

It’s important to remember that when getting quotes for this type of policy, a variety of factors can influence the final premium. Before making an insurance purchase decision, it’s a good idea to get a more detailed quote.

To provide a positive claims experience, the insurer promises to respond to claims within 24 hours and to resolve them quickly. They do not have an online claims form, despite the fact that they do offer online quoting.

Claims can be filed over the phone 24 hours a day, seven days a week. There is no information about the claims process.

Although there is a page for information on disasters, which are common in Florida’s hurricane-prone areas, it only provides emergency preparedness information and nothing about how the company handles catastrophe claims for damages.

Does Avatar Insurance have Positive Ratings and Consumer Reviews?

Avatar Insurance currently has a F rating from the Better Business Bureau (BBB). According to the website, the low rating is due to the company’s failure to respond to five complaints and four unresolved complaints with no responses.

There are currently 11 negative reviews on the BBB website, as well as 27 complaints filed in the last three years, 23 of which were resolved in the last year. Concerns and problems with their product/service were listed as the nature of the complaint type in 24 cases.

For insurance companies, the Florida Department of Financial Services maintains a complaints database. The most recent data for the company is from the fourth quarter of 2016 when three complaints were filed.

That equates to one complaint about every 6,559 policies in effect.

Avatar Insurance has 782 Google reviews with an average rating of 4.3 stars. It’s worth noting, however, that not all of the reviews are from their customers. Agents who sell Avatar’s policies also leave feedback on their interactions with the company.

Customers appear to be pleased with their prompt, professional service. The few negative reviews concern claims and cancellations.

As of this writing, Avatar Insurance appears to respond to negative complaints. Kin, on the other hand, has over 800 customer reviews on Trustpilot, with an average rating of 4.8 stars out of five.

Customers consistently compliment them on their helpfulness and kindness, as well as their low prices. If they receive critical feedback, they respond quickly and work to find a solution.

What is the Avatar Insurance Average Premium?

Homeowners insurance in Florida is more expensive than in almost any other state. You can’t change the weather – or the hurricanes and floods that cause rates to rise – but you can shop around for better deals. Savings of any size add up.

Remember that average prices are only estimates of what your coverage might cost. Getting a quote is the only way to truly know how much you’ll pay for your policy.

Your costs are determined by where you live, the age and construction of your home, and other factors. You may be able to save even more if you qualify for additional discounts.

What are the Avatar Insurance Claims?

The claims experience was criticized in several Avatar Insurance reviews. Customers and contractors both expressed dissatisfaction with the process or the settlements.

That dissatisfaction is understandable; claims are stressful, and expectations are typically high.

That is why they recently designed their claims process around the customers’ requirements. They use technology to assess damage and settle claims quickly.

In addition, they also established the Managed Repair Network to connect claimants with local and licensed contractors. This ensures that repairs are done professionally and at the homeowner’s discretion.

Should I go with Avatar Insurance?

If you have looked at all of the details above, it is entirely your choice whether to go with Avatar insurance or not.

Is Avatar Insurance closing its doors?

Avatar Property & Casualty Insurance Co. has been declared bankrupt, and insured homeowners in Florida have less than three weeks to find new carriers.

How do people perceive management at Avatar Property and Casualty Insurance?

Training is required for management, and money talks keep employees focused and appreciated. Since there are so many unskilled managers, the pay is pitiful.

Petersburg. After agreeing to be acquired by Avatar Partners LP, parent company of Tampa-based Avatar Property & Casualty, Demotech announced that Sarasota-based Centauri Specialty Insurance Co., which has more than 24,000 customers in Florida and 9,826 in South Florida, would keep its A rating.

Avatar Insurance appears to have a good reputation and has grown steadily in the 9 years since its founding, though the company’s BBB rating and customer service complaints raise some concerns about their responsiveness to customer complaints.

They are well worth considering for Florida homeowners looking for insurance, and their online quoting system makes it simple to get a general idea of how they will compare to other insurers.

While small businesses don’t often compete on price with the big ones, that isn’t always the case in Florida’s changing market. So a company like this is worth investigating further.

We hope you found this Avatar Property and Casualty Insurance review helpful. You can visit the website here for any additional services you may seek.

Best Reviews of Arch Insurance in 2023

Private Placement Insurance Reviews 2023| Is it worth it? 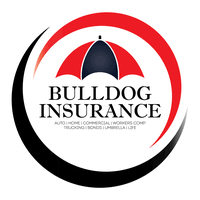 Read More
IInsurance
Have you ever been unsure about which insurance provider to purchase coverage from? There are numerous insurance companies… 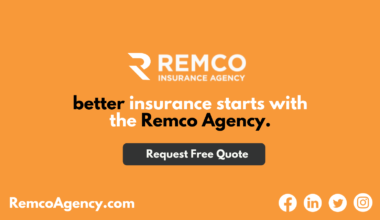 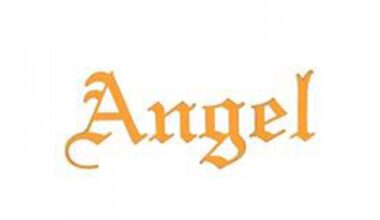 Read More
IInsurance
You don’t know the type of insurance to apply for. Why not try an insurance that covers everything.… 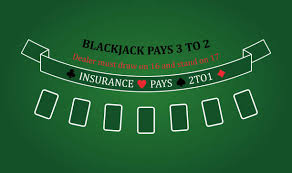 Read More
IInsurance
Blackjack insurance is among the most popular. Side bets like these might help you keep your losses under… 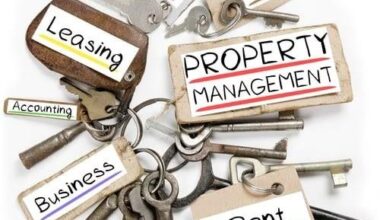