WATER DAMAGE CEILING REPAIR: How to Fix a Damaged Ceiling

It is critical to repair any water damage to your property’s ceiling as soon as possible. If this is not done, the integrity of the structure and people’s safety will be jeopardized. You must take immediate action to avoid additional damage. Use the tips below to help you repair ceiling water damage.

#1. Find and shut off the water source.

The first step in any water damage situation is to identify the source of the problem before attempting to repair it. This is necessary to avoid future water damage. If the water supply is not turned off before the ceiling is damaged, the ceiling will be further damaged. Any repairs you make will be rendered ineffective at this point.

Related Articles: IN HOUSE FINANCING: What You Should Know

To find the source, you may need to remove the damaged drywall. Because water can spread, the source could be far away from the damaged ceiling region. So, once you’ve located it, perform any necessary repairs or replacements to stop the water from flowing.

#2. Ensure that the affected areas are completely dry.

The water-damaged ceiling can then be dried after the water source has been handled. To begin, lay a tarp on the floor and any furniture in the room to protect them from water and debris. Then gather things for drying the ceiling, such as fans and towels. Take your time drying the regions above and below the ceiling to ensure that the moisture is completely removed.

If water is still dripping after the ceiling has been dried, it is still excessively saturated and needs to be dried further. You may need to cut out the pieces that are still wet to dry them. If the drywall on the ceiling is bulging, pierce it to let the water out. But first, fill a pail with water and place it beneath the swollen spot.

#3. Take out the sections that have been damaged.

Wear protective equipment, such as safety goggles and a face mask, before continuing your task. If the ceiling water damage is peeling or bulging, scrape those sections off if you haven’t previously. Other areas that have been harmed, such as those with water stains, should also be removed.

If the drywall contains stains but no structural damage, you can save it by removing only the discolored portions. Cut out the damaged piece with a keyhole saw into a rectangle or square shape. The portion can then be readily replaced with a drywall fix later.

Smooth any ridges, lumps, or rough spots with sandpaper. Fill minor holes with joint compound, let it dry, and then smooth them out with sandpaper. Measure the holes in places where you’ll be cutting out drywall. Then, to patch the hole, cut a new piece of drywall that is 2 inches bigger and longer than the hole. Start with a piece that is larger than you need and trim it down with a utility knife. After the adhesive has dried, apply a coat of joint compound and sand it smooth.

#5. Prepare the ceiling by priming it and painting it.

What are the Causes of Ceiling Water Damage?

Damaged shingles cause the majority of roof leaks, allowing rain or snow to enter your home. As a result of frequent freezing and thawing, ice dams form beneath your shingles, allowing water to infiltrate your roof. A water-damaged ceiling beneath your attic or along the eaves of your home is most likely the result of roof damage.

Water damage to your ceilings can also be caused by plumbing issues. When the caulk in the bathroom wears away, water can leak into the walls and drip down to the ceiling.

Furthermore, pipes might sweat in both the summer and winter. Pipes and plumbing connections may leak over time, but this is improbable. Pipes might burst or appliances can leak in unusual circumstances. The ceiling water damage may be the consequence of a plumbing leak if it’s located below a bathroom or kitchen.

Signs of Water Damage on the Ceiling

#1. Water is dripping from the ceiling.

Water seeping from your ceiling should always be treated as a severe issue. In most circumstances, the leak is easy to locate. Look for leaks or overflows in the plumbing above the damage. Look for damaged shingles if the roof is right over the ceiling.

Ceiling water damage is sometimes indicated by a drooping ceiling. The water weakens the ceiling material as it saturates it. As a result of the water’s weight, the ceiling will begin to sag. Water can cause drywall and plaster ceilings to sag, which is more frequent with drop tile ceilings. A sinking ceiling usually indicates a moderate water leak or problem.

Related Articles: MOLD ON DRYWALL: How To Remove Mold On Drywall

Peeling paint or plaster is another indicator of a ceiling water damage leak. This is most prevalent when a small leak causes the ceiling to become wet for an extended period. Water causes the paint to bubble or peel over time. Wet plaster expands and contracts, resulting in fissures.

Who to Call for Water Damage in Ceiling

Because water damage is considered an emergency, it is critical to act quickly. These difficulties often necessitate more than do-it-yourself fixes. You can call or hire expert aid for water damage repair and restoration services if the job is too much for you or if you are unequipped to handle a water-damaged ceiling alone.

Professional water damage restoration companies can assist in the restoration of water-damaged homes and businesses, including water-damaged ceilings. Professional specialists will correct the water source, remove excess water and moisture, dry the affected areas, and make the necessary repairs, regardless of what caused the damage. Professionals will also remove any mold that has grown as a result of the water.

Most homes are built on a foundation of drywall. Ceilings, walls, entryways, and other structures are made of this material. When drywall breaks, it is vital to make repairs as soon as possible to maintain the structural integrity of your home. Drywall can be damaged in a variety of ways, including scuffs, holes, and water damage.

The majority of drywall repair projects involving ceiling water damage cost between $200 and $550 to homeowners. Expect to pay roughly $350 for a contractor to use patches and compounds to repair several holes and cracks in a single room. The cheapest part of the project would be applying joint compound to a few small nail holes, which would cost roughly $75. The project’s exorbitant costs include $1,000 to repair water damage on a ceiling with sagging and broken drywall pieces.

Does ceiling need to be replaced after water damage?

If a leak has recently harmed your ceiling, you should replace the drywall as quickly as possible to safeguard the ceiling’s structural integrity. Many people, particularly new homeowners, believe that previous ceiling yellowing is no longer an issue.

Can you just paint over water-damaged ceiling?

If a water stain has caused damage to the area, such as cracks or flaking plaster, be careful to repair it first. This will aid in achieving a high-quality finish and improve paint adhesion. You’ll need a stain blocker (such as Zinsser Cover Stain (opens in new tab)) or oil-based paint to cover the stain.

Water damage that is internal, abrupt, and unintentional is typically covered by most conventional home insurance plans, as long as the water does not contact the outside ground or enter the home from outside.

Does water damage cause mold?

Organic matter, such as flooring, furniture, walls, rugs, and carpets, abounds in the interiors of our homes. Mold will begin to grow on any of these things as they become moist and spread throughout your home. As a result of the water damage, mold will grow on your property.

How Long Does Home Inspection Take: All You Should Know

SCRATCHING IN WALLS: Causes of Scratching During Day and Night 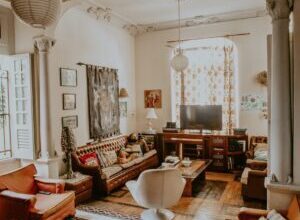 Read More
HHome maintenance
Your home has a dated odor. Whatever number of times you deep clean your house, the musty smell… 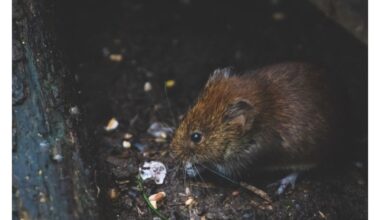 Read More
HHome maintenance
You’re a gracious host, but there’s one group you’d rather not have in your home: mice. In addition… 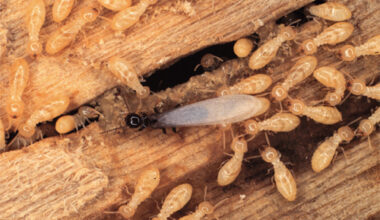 Read More
HHome maintenance
Did you know that some termites have wings? Flying termites, which can be seen at specific times of… 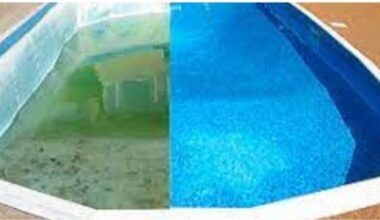 Read More
HHome maintenance
How much does a pool liner replacement cost? This depends on a number of factors. The cost of… 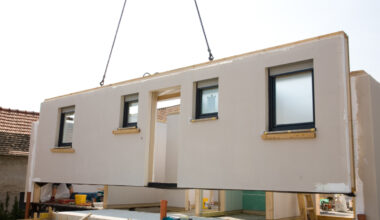 Read More
HHome maintenance
Are you making plans on buying a mobile, manufactured home, and do you have a lot of thoughts… 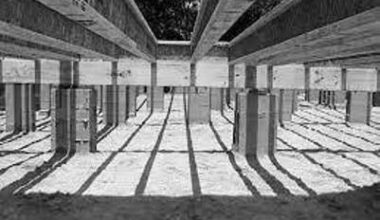 Read More
HHome maintenance
A crawl space foundation is installed in about 15% of new single-family homes, according to the Survey of…