A proportional tax, sometimes known as a flat tax, is one in which the percentage of a person’s income that is taxed remains constant regardless of how much money he or she earns. It is the same for taxpayers with low, moderate, and high incomes.

A proportional tax system requires everyone to pay the same percentage of their income in taxes. For example, if the tax rate is 10%, an individual earning $200,000 per year would pay $20,000 in taxes, leaving him with $180,000 in income.

Proponents of the proportional tax claim that a uniform tax rate is the most equitable system. There are no exclusions, the rules are simple, and there should be no confusion regarding the rate because it is the same for all taxpayers.

Another argument in favor of a proportional tax system is that it encourages people to work harder. The objective is that by encouraging individuals to earn more money, the country and people’s standard of living will improve.

Opponents of proportional taxation claim that it unfairly burdens the poor and middle classes by eliminating deductions and broadening the tax base to include all income levels.

They argue that enacting such a tax shifts the tax burden from wealthy individuals to the poor — those most affected by taxation and least able to pay.

Example of a Proportional Tax

Advantages And Disadvantages of The Proportional Tax

Proportional taxes are a sort of regressive tax since the tax rate does not rise in proportion to the amount of income subject to taxation, putting a greater financial burden on low-income people. A tax is said to be regressive if it has an inverse relationship in which the average tax burdens higher-income persons or corporations less.

To comprehend a proportional tax system, one must first grasp how income is defined. If a system allows for generous deductions, low-income earners may be exempt from tax, removing the regressive aspects of the tax, at least in part. Allowing mortgage deductions and setting lower income levels are two variations of the proportional tax.

Tax systems in the United States are classified into three types: regressive, proportional, and progressive. Two of these schemes have differing effects on high- and low-income earners. Lower-income people are hit harder by regressive taxation than the wealthy.

Proportional tax, often known as a flat tax, impacts low-, middle-, and high-income earners fairly equally. Regardless of income, they all pay the same tax rate. A progressive tax has a greater financial impact on higher-income people than on lower-income people.

Under a regressive tax system, low-income individuals pay more taxes than high-income ones. This is because the government levies tax as a proportion of the value of the asset purchased or owned by a taxpayer. This form of tax has no relation to a person’s wages or income level.

Property taxes, sales taxes on items, and excise taxes on consumables such as gasoline or flight are examples of regressive taxes. Excise taxes are fixed and are built into the cost of the product or service.

Sin taxes, a type of excise tax, are levied on goods or activities that are deemed to be unhealthy or harmful to society, such as cigarettes, gambling, and alcohol. They are imposed in order to discourage people from acquiring these things. Critics of the sin tax contend that it unfairly affects the poor.

In 2022, the annual maximum Social Security tax you can pay is $9,114.00. This is regardless of whether you earn $147,001 or $1 million. Employers must pay an additional 6.2 percent on behalf of their employees. Self-employed persons must in turn pay half of their earnings up to the wage base.

Higher-income employees effectively pay a lower proportion of their overall earnings into the Social Security system than lower-income employees. This is because it is a fixed rate for everyone and there is a cap.

Social Security is a regressive tax. However, it is also a proportional tax because everyone pays the same rate, at least up to the salary base.

The taxable amount of an individual’s income is used to calculate taxes under a progressive system. They progress at a faster rate, so high-income people pay more than low-income earners. The tax rate, as well as the tax liability, rises in tandem with an individual’s wealth. Overall, higher-income earners pay a higher proportion of taxes and more money in taxes than lower-income ones.

This type of system is designed to disproportionately affect higher-income people over lower- and middle-income earners. Thus, reflecting the assumption that they can afford to pay more.

The standard deduction is part of what makes the federal income tax in the United States progressive. It allows people to avoid paying taxes on the first portion of their income each year. The standard deduction amount varies from year to year in order to keep up with inflation. Taxpayers may choose to itemize deductions instead if doing so results in a larger overall deduction. Because of tax deductions, many low-income Americans pay no federal income tax at all.

Progressive tax rates, like every government policy, have detractors. Some argue that a progressive taxation is a form of inequality and a redistribution of wealth because higher-income people pay more to a country that supports more lower-income earners. Those who reject progressive taxation frequently appeal to a flat tax rate as the best alternative.

Examples of Progressive, Regressive, and Proportional Taxes In Practice

The examples of regressive, proportional, and progressive taxes below demonstrate how they work in practice:

Tax laws and regulations must be understandable to the taxpayer; they must be as basic as possible (given other tax policy aims), as well as straightforward and certain—both to the taxpayer and to the tax administrator. While the principle of certainty is more followed today than it was in Adam Smith’s time, and arbitrary tax administration has been decreased, every country has tax rules that are far from being understood by the public. This not only leads to significant inaccuracy, but also undermines honesty and respect for the law, and it tends to discriminate against the uninformed and poor, who are unable to take advantage of the myriad lawful tax-saving alternatives accessible to the educated and rich. Attempts to establish equity have sometimes produced complications, undermining reform goals.

Tax rules should be modified infrequently. If and when they are changed, they should be done as part of general and systematic tax reform, with enough provisions for a fair and orderly transition. Frequent changes in tax legislation can lead to lower compliance or behavior that attempts to compensate for likely future changes in the tax system, such as hoarding liquor in anticipation of an increase in alcoholic beverage tariffs.

The expenses of assessing, collecting, and regulating taxes should be maintained to a minimum consistent with other taxation aims. This idea is secondary in rich countries. However, it is critical in developing countries and countries transitioning from socialism, where resources for compliance and administration are limited. Clearly, equity and economic rationality should not be abandoned for cost reasons. The costs to be reduced include not only government expenses but also those of the taxpayer and private fiscal agents such as employers who collect taxes on behalf of the government through the withholding procedure.

Taxation should cause as little hardship to taxpayers as practicable, subject to the limits of higher-ranking tax principles. Governments frequently enable high tax liabilities to be paid in installments and provide broad time limits for completing returns.

What are the 3 types of taxes?

The 3 types of taxes are proportional, progressive, and regressive taxes

What is the difference between proportional and regressive taxes?

HOW TO OPEN A FUNERAL HOME: Detailed Guide

CAR DEALERSHIPS THAT WORK WITH BANKRUPTCIES 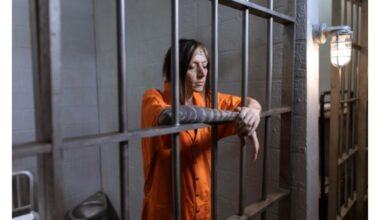 Read More
TTaxation
Recently, the arrest of John McAfee, an American tech expert who was hiding out in Spain after committing…