Home Can You Go To Jail For Not Paying Taxes?
TTaxation

Recently, the arrest of John McAfee, an American tech expert who was hiding out in Spain after committing serious tax evasion in the United States, made international headlines. According to the Department of Justice, if found guilty of tax evasion, McAfee could have faced up to five years in prison. But wait, can you go to jail for not paying your taxes? Is the United States willing to extradite citizens who failed to pay their taxes on time? The bad news is that you can be arrested for not paying your taxes. The good news is that it is unlikely to happen to you unless you are deliberately evading the IRS and owe a significant amount of money.

Do you want to learn more about what happens when you don’t pay your taxes? Don’t be alarmed! Discover everything you need to know about tax crimes and tax fraud in the sections below.

What Happens If You Fail to Pay Your Taxes?

If you missed your tax deadline, the IRS will contact you. Their first line of defense is the imposition of tax penalties. The IRS will send you a letter known as a penalty notice.” The specifics of your penalty notice will be determined by your specific concerns. Let’s go over the most common penalties and their consequences:

Failure to pay or underpayment:

If you have filed your taxes but have not yet paid the full amount owed to the IRS, you will receive a failure to pay or underpayment penalty notice. This penalty is calculated at 0.5 percent of the total unpaid amount for each month your payment is late. A payment that is 12 months late, for example, will incur a penalty of 6% of the unpaid amount. When you reach the 50-month late mark, the penalty increases to 25%.

If you fail to file at all, you’re in even more trouble with the IRS. The penalty for failing to file a penalty is 5% of the unpaid amount per month you are late. It, like the failure to pay penalty, has a maximum of 25%, but you’ll get there much faster.

A penalty notice typically demands full payment, but this is not always the case. The IRS provides several options to help people pay off their debt in a more manageable manner. You may be eligible for an IRS monthly installment agreement, which allows you to pay off your tax debt over 72 months.

Tax penalties will continue to accrue during this period, so pay off your debt as soon as possible. If you are unable to pay your full penalty, you may be eligible for a partial payment installment agreement or an offer in compromise, which allows you to pay less than the full owed amount if approved by the IRS. Collection may also be postponed temporarily if the IRS determines that it will cause you extreme financial hardship. If you do not pursue any of the above options and your tax debt remains unpaid, the IRS may take its collection actions, including:

This is a legal claim against your property that can be filed 10 days after you receive a penalty notice if you do not act. A federal tax lien covers all of your property and continues to apply to a new property you acquire as long as the debt remains unpaid and the federal lien remains in place. A federal tax lien is a public record that can have an impact on your credit score and appear on your credit report. It will only be removed once your tax debt has been paid in full.

If your tax debt is not paid, the IRS may levy or seize your property. This could include your home, car, or other valuables. Again, the levy will be removed only when the tax debt is fully paid.

The IRS may also levy your assets, such as wages (wage garnishment), bank accounts, social security benefits, or retirement income, to compensate for the amount you owe.

So, can you go to jail for not paying or filing your taxes? While the above scenarios are possible, they are unlikely to result in a year in jail. This is because the IRS considers these civil charges, and in most cases, they do not result in criminal charges. Next, let’s look at scenarios that lead to criminal charges.

Scenarios That Can Lead To Jail

There are a few scenarios in which the answer to the question “can the IRS put me in jail for not paying taxes?” is yes. When it comes to determining whether a situation with your taxes will result in jail time, the main factor is whether you committed a civil or criminal offense, as defined by the IRS. The aforementioned scenarios are considered civil proceedings, which means they are unlikely to land you in jail. Because the IRS understands that tax laws can be excruciatingly complicated and that mistakes happen, the IRS considers these offenses to be negligence, i.e. carelessness, rather than tax fraud, which is intentional deception. Let’s take a look at tax evasion and its potential consequences.

What Exactly Is Income Tax Fraud?

Tax fraud, also known as tax evasion, is the deliberate falsification of information to reduce tax liability. That means that someone purposefully lied on their tax forms to owe the IRS less money or to inflate their tax return. Tax evasion can take many forms, some of which are more difficult to prosecute than others. Because the IRS must be able to prove with concrete evidence that the fraud committed was both intentional and deliberate to convict someone of tax fraud. Tax evasion can include things like:

If you have committed tax evasion or assisted someone else in committing tax evasion, you should expect to go to jail. Anyone who files a fraudulent tax return faces a 5-year prison sentence, and those who assist others face a 3-to-5-year prison sentence. Once your fraudulent taxes have been filed, the IRS has three to six years to bring criminal charges against you.

Using an illegal tax shelter shows that you are purposefully avoiding paying your taxes. A tax shelter is a type of investment that a taxpayer uses to reduce their overall income tax liability without actually changing the taxpayer’s income or assets. Some tax shelters are legal, but many are illegal. Putting money in an overseas bank account, for example, serves no legitimate purpose. Investing in an employer-sponsored 401(k) program, on the other hand, is a legal tax shelter.

Abusive and illegal tax shelters are investment strategies that unfairly reduce taxes. Large investors may use counties, states, or regions with lower corporate or personal income tax rates. This is known as a “tax haven.”

How Long Can You Go To Jail For Not Paying Taxes

The general answer for how long you will spend in county jail for tax evasion in California is one year. However, the state has two codes that deal with tax evasion. Sections 19705 and 19706 of the California Revenue and Taxation Code apply. Each code has its punishments, which may or may not include prison time.

Tax evasion in California is defined as the illegal act of failing to file a tax return, failing to report all income, or making false statements. All of this is done on purpose to avoid paying taxes or a portion of taxes to the state. It is also considered tax evasion to falsely claim residency in another state to avoid paying all California taxes.

How to Avoid Tax Penalties

The scenarios described above are all quite frightening, especially if you don’t make a lot of money, to begin with. If you’re currently facing a large tax bill, keep in mind that failing to pay your taxes on time is not a crime. The IRS cannot file a criminal case against you; if you are not willfully or intentionally lying or avoiding your taxes.

Instead of avoiding the situation, you should respond to the IRS and consider your tax relief options. Paying your tax bill in full is the best solution, but this is not always possible. If paying your taxes right away is impossible, you may be able to reach an agreement with the IRS.

Installment agreements allow you to pay off your tax bill over time, and other options, such as penalty abatement, can help you reduce any late payment penalties. If you’ve been struggling to pay your back taxes for a long time or owe a large sum; you should look into the IRS Fresh Start Program.

If you enter into one of these agreements, the IRS is unlikely to continue collecting from you. Instead, they will wait for you to fulfill your end of the bargain and begin making payments. If you fail to meet your payment obligations, the IRS may re-impose the tax consequences.

So, can you go to jail in the United States for not paying your taxes? To put it as simply as possible, you can be arrested for not paying your taxes, not a jail term. However, your actions must be willful and intentional, which means you will not be arrested on the spot. You’ll have plenty of time to settle your debt or, at the very least, contact the IRS to avoid arrest.

Most of the time, you can settle your tax debt and avoid the consequences of tax evasion. There are legitimate tax planning and avoidance strategies, but refusing to pay what you owe is a criminal offense.

How does the IRS find tax evasion?

The IRS discovers the majority of its tax evasion cases through income tax audits or payroll tax audits. The auditing revenue agent goes in and looks to see if they can find significantly understated income or significantly overstated deductions, or if you’re paying your employees in cash.

Who can be prosecuted for tax evasion?

In general, anyone can face tax evasion charges. The most common people are corporation officers, directors, or shareholders who are intimately involved in the business and have control over the books, records, and bank accounts.

What qualifies as an attempt to evade taxes under the tax evasion statute ?

Attempts to evade taxes are generally considered fraud. The IRS will examine evidence of fraud to determine specific intent. False statements, a double set of books, and corporations used to evade taxes are some of the most common signs of fraud.

What is the difference between tax evasion and tax avoidance?

Tax avoidance differs from tax evasion in that tax avoidance is perfectly legal and has been supported by U.S. Supreme Court cases. Tax avoidance is the practice of structuring your business transactions and personal affairs to obtain the maximum benefit allowed by tax law. That is entirely legal.

Poor man's Covered Call: All You Need To Know 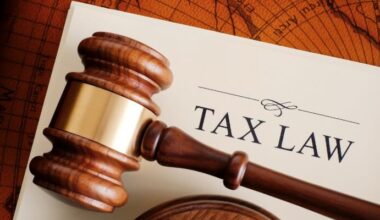 Read More
TTaxation
The proportional tax is one of the tax systems in use in the US. Other forms of taxation…