An annuity is a contract that guarantees a series of structured payments over a set period. It begins on a specific date and ends at a specific time. In this article, we will look at the two types of annuities: the ordinary annuity vs. the annuity due, as well as how to use a formula to calculate the present value of an ordinary annuity.

What Is an Ordinary Annuity?

How an Ordinary Annuity Works

Ordinary annuities include bond interest payments, which are typically made semiannually, and quarterly dividends from stocks that have maintained consistent payout levels for years. The present value of an ordinary annuity is heavily influenced by the current interest rate.

Ordinary annuities are a fixed amount of income paid out annually or regularly. An annuity is a contract with an insurance company in which you make a payment (one-time large payment) or series of payments in exchange for a regular fixed income that begins either immediately or at some predetermined time in the future. The ordinary annuity formula is used to calculate an amount’s present and future value. Let’s look at some solved examples to better understand the ordinary annuity formula.

What is the Ordinary Annuity Formula?

It is critical to calculate the annuity’s future value to account for inflation over time. The ordinary annuity formula is explained below, along with examples and solutions. Three variables are considered in the present value formula for an ordinary annuity. These are their names:

The present value of an ordinary annuity given these variables is:

For example, if an ordinary annuity pays $50,000 per year for five years at a 7% interest rate, the present value is:

Example of Present Value of an Annuity Due

Remember that with ordinary annuities, the payment is made at the end of the period. In contrast, with an annuity due, the investor receives the payment at the start of the period. A common example is rent, which is typically paid in advance to the landlord for the month ahead. The annuity’s value is affected by the difference in payment timing. The following is the formula for calculating an annuity due:

If the annuity in the preceding example was a due annuity, its present value would be calculated as follows:

An annuity due is always worth more than an ordinary annuity because the money is received sooner.

The following formulas can be used to calculate the present or future value of an ordinary annuity vs. an annuity due.

How to Determine the Future Value of an Ordinary Annuity

Given a specified interest rate, future value (FV) is a measure of how much a series of regular payments will be worth at some point in the future. So, if you plan to invest a certain amount each month or year, it will tell you how much you will have accumulated at a later date. If you make regular loan payments, the future value can help you calculate the total cost of the loan.

Consider a five-payment series of $1,000 made at regular intervals.

Because of the time value of money, the first $1,000 payment is worth more than the second, and so on. Assume you invest $1,000 every year for the next five years, earning 5% interest. The amount shown below is what you would have at the end of the five-year period.

Rather than calculating each payment separately and then adding them all up, you can use the following formula to determine how much money you’ll have in the end:

Using the preceding example, here’s how it would work:

How to Determine the Present Value of an Ordinary Annuity

A present value (PV) calculation, in contrast to a future value calculation, tells you how much money is needed now to produce a series of payments in the future, assuming the same interest rate.

This is the relevant formula:

When we plug the same numbers as above into the equation, we get the following result:

The above-mentioned formulas make it possible—and relatively simple, if you don’t mind the math—to calculate the present or future value of an ordinary annuity or an annuity due. With the correct inputs, financial calculators (which can be found online) can also calculate these for you.

Ordinary Annuity vs. Annuity Due

A contract between a policyholder and an insurance company is referred to as an annuity. With this contract, policyholders make a one-time payment to the insurance company in exchange for a series of payments made instantly or at a later date. There are various types of annuities that people should be aware of and understand.

The cash value of all future annuity payments is the present value of an annuity, which is based on the time value of money. Because of inflation, a dollar today is worth more than a dollar at the end of the year, according to the time value of money concept. When comparing annuities, keep in mind that the length of a billing cycle can have a significant impact on the annuity’s present value. As a consumer, you can request an annuity schedule from your lender or investment advisor.

Which Annuity Is Best?

When a payment is made at the end of a period, this is referred to as an ordinary annuity. When a payment is due at the start of a period, it is referred to as an annuity due. While the difference may appear insignificant, it can have a significant impact on your total savings or debt payments. Keep in mind that an annuity, which is an insurance product rather than an investment, may not be suitable for everyone.

Why is ordinary annuity important?

What are the differences between an ordinary annuity an annuity due and perpetuity?

Ordinary Annuity: A cash payment or deposit is made once a year. Annuity Due: The cash inflow or outflow occurs at the start. Perpetuity: an annuity that lasts forever. Other annuity types include fixed annuities and variable annuities.

What is general annuity?

Third Party Beneficiary: Definition and All You Need To Know

Open End Mortgage: Definition and How It Works 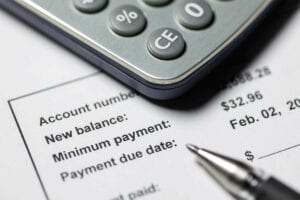 Read More
AAccounting
Handling credit card bills is one way you can manage your finances. If you use a credit card… 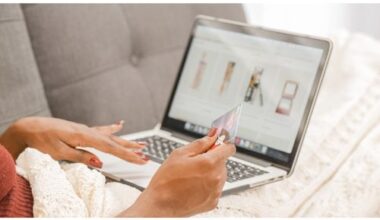 Read More
AAccounting
It might be stressful to receive approval for a loan, insurance, or mortgage. To be sure that the… 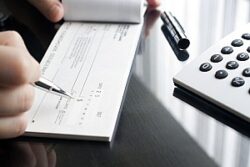 Read More
AAccounting
Financial fraud is increasing as a result of today’s superior technology. And as a business owner, you’ll want… 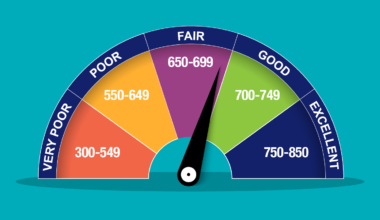 Read More
AAccounting
Is 640 A Good Credit Score? This article will help you with the answer However, it is critical… 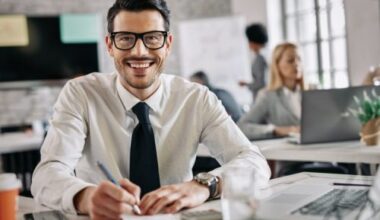 Read More
AAccounting
Since the Advent of accounting, auditing has long been in existence. Auditing can be traced back to the…