Home Nuncupative will: In which states is it valid?
TTerms

Nuncupative will: In which states is it valid?

A nuncupative will is typically given by a person on his deathbed, usually because he could not establish a written will during his lifetime. It’s what we can refer to as impromptu. Some states like Florida do not accept a nuncupative will, but some others like New York and North Carolina do. In this article, we’ll learn the definition of a nuncupative will, and we’ll take a look at some of the states that consider it. You may not be conversant with what a will is, so let’s kick off from defining a will.

What is a will?

A Will, also known as a Last Will and Testament, is a legally prepared and bound document that states your intentions for the distribution of your assets and wealth after your death. If you have children, a valid Will allows you to designate who will care for them.

The origin of wills can be traced back to Ancient Rome. The concept was based on the desire to provide instructions for the transfer of one’s possessions to Beneficiaries. Interestingly, many of the original 19th-century requirements established in England surrounding the creation of Last Will and Testaments have withstood the test of time and are still legal requirements in many states today.

In its most basic form, a properly prepared Will is a legal document that ensures your assets, surviving spouse, and heirs are protected after you die. By explicitly stating what you want to happen in the future, your final wishes will not be ignored if others try to intervene.

What is a Nuncupative Will?

A nuncupative will, also known as an oral will or a verbal will, is a set of instructions for the disposal of personal property given by someone who is too unwell to execute a written will. Nuncupative wills are not legal in most jurisdictions, but in those where they are, they must be witnessed by a certain number of people and written down as soon as possible. 1

A nuncupative will does not take the place of a written will.

Understanding a Nuncupative Will

A nuncupative will is sometimes known as a deathbed will. It is given when a person is ill or injured and is confined to a hospital or care facility with a short life expectancy. Nuncupative wills are based on an oral tradition that existed before written forms were prevalent and required for legal legitimacy. They are related to traditions of giving property to individuals who were present during the deceased’s final moments of life, as well as deathbed confessions of having committed crimes.

Where is a Nuncupative Will used?

Nuncupative wills are frequently given by people who have only a few minutes to live. If they do not have a formal will, their sole alternative is to verbally communicate instructions on how they want their possessions dispersed upon their death.

A nuncupative will is rarely legal. There are very few jurisdictions that will consider an oral will, and even then, there are strict limitations.

States that consider a nuncupative will

Several states allow residents to make oral wills, but only in very limited circumstances and provided they follow their state’s oral wills regulations. In Texas, nuncupative or oral wills are only permissible for bequests of personal property. As a result, in common law, you can only transfer land through a written deed or contract, whether you do so while living or after death. Furthermore, as of September 1, 2007, Texas law no longer recognizes nuncupative wills. In other words, oral wills are not lawful. Under Texas old law, you could only make a nuncupative will in the following circumstances:

#1. In Texas, a testator may only make a nuncupative will during his or her terminal illness. That is, they must be on their deathbed when making the will.

#2. In Texas, the testator can only give personal property valued less than $30. This means that no real estate or property could be given in a nuncupative will.

#3. The testator could only create an oral will if he had been in the house for at least 10 days prior to making the will. The will would still be valid if the testator died on his way home from a place.

In addition, an invalid oral will carries the legal ramifications of death without a will. To put it another way, if you made a nuncupative will before you died and your witnesses did not try to probate it within six months of your death. According to Texas law, you died intestate, which means you died without a valid written will. When a person dies intestate, the intestacy laws of the state apply.

Finally, in Texas, a nuncupative will is void. So, in order to dispose of your property through a will today, you’d need to include it in writing.

Many people in Polk County are familiar with the process of making a will. The testator creates a will and signs it in the presence of witnesses who also sign it. This he does with the assistance of an attorney. Other types of a last will and testament may be valid in Florida, which is a question that many people have. Is a nuncupative will valid in the state of Florida, specifically? No, is the prompt reaction.

In front of witnesses, a person who is about to die, such as when serving in the military or suffering from a terminal illness, can make a nuncupative will. In some states, the will may be legally permissible. If it is written down within 30 days of the nuncupative will’s creation.

Florida, on the other hand, is not one of the states that recognizes the nuncupative will. In Florida, all wills must be signed by the testator and at least two witnesses at the end. The will must be signed by all of these people in the presence of the testator and each other. If this does not happen, Florida’s probate courts may not regard the document to be a will.

Although this procedure is inconvenient for testators. However, it assures that a will precisely reflects the testator’s desires for the disposition of their belongings. Many people have realized that spending a little time and money to write a will saves them a lot of trouble later on.

The laws governing the creation, signing, and enforcement of wills in the United States are relatively consistent. Wills rules in California, like in many other states, require the testator to be at least 18 years old and of sound mind. The testator is the one who writes the will. However, unlike numerous other states, California does not recognize nuncupative wills. Handwritten holographic wills are recognized by the law, but they must meet specific requirements.

The law of wills in California is rather straightforward. A legitimate will is one written down and signed by a person of legal age (18) and sound mind. For legal reasons, someone who fits at least one of the following criteria is not regarded to be of sound mind. Hence, he is ineligible to form a valid will.

If you die without a will, your estate will “go to probate”. This means it will be handled according to the regulations of your state rather than your choices. In most situations, they will divide your probate estate evenly among your heirs, which may include distant relatives. If there are no heirs, the inheritance is taken over by the state.

In some cases, a person can have a legally binding will that isn’t written down. If a person’s death is imminent, North Carolina allows for nuncupative (oral) wills. This is why it is sometimes referred to as “deathbed wills.”

Certain restrictions apply to nuncupative wills. In North Carolina, for example, the dying person must have two witnesses witness the will dictation. The directions that comprise the will must be written out as soon as possible. Furthermore, a nuncupative will cannot take the place of a written will.

Nuncupative wills are recognized in North Carolina, one of the few states that do. While it is not a substitute for a thorough will prepared with the assistance of an estate planning attorney. It may be beneficial to loved ones who will be left behind. Nuncupative will allow testators to declare their wishes regarding the distribution of their belongings.

A nuncupative will can give individuals the final say in their end-of-life care. That is, if they haven’t already expressed their wishes through an estate plan. It can also reduce the possibility that a probate judge’s ruling will result in the distribution of a person’s assets to a close relative they do not desire.

A nuncupative will may reduce the likelihood of family strife after a person’s death. It does, however, have the potential to spark strife. If a family member or someone else disagrees to something in the will, a court will decide how much weight that will be given. Nuncupative wills are not legally binding in North Carolina.

The main point from the nuncupative will is that it is unlikely to be upheld in probate court. Oral wills are legal in some circumstances, but only in a few. Verbal wishes, for the most part, can provide further assurance to loved ones while following out the deceased person’s requests. Setting up a written Will is the only definite way to protect yourself and your loved ones.

How does a holographic will differ from a nuncupative will?

A holographic will is one that is totally written in the testator’s handwriting and is signed by the testator.   A nuncupative will is an oral will. Many jurisdictions have statutes that recognize specific forms of wills that do not meet the conventional requirements of being either written or witnessed.

What is notarial will?

A notarial will, according to article 806 of the NCC, is one that must be recognized before a notary public by the testator and witnesses.

Easy Own Homes: Rent to Own Homes in Illinois, Missouri 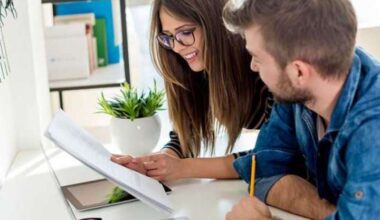 Read More
TTerms
A trust allows a property to be held by a third party for the benefit of another person,… 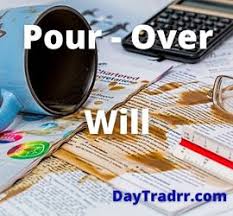 Read More
TTerms
You may wish to prepare a “pour-over will” if you created a revocable living trust to avoid probate.… 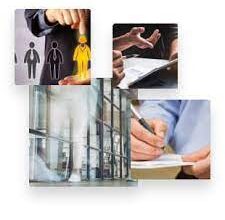 Read More
TTerms
Have you ever considered what it’s like to be an environmental consultant? Or what are the requirements and… 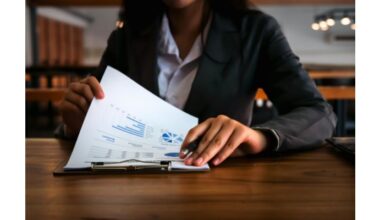 Read More
TTerms
A mortgage loan’s conditional approval does not guarantee final approval, but it is a stronger indicator that the…