Home What Is A Carriage House? History and Features
RReal Estate

What is a Carriage House?

A carriage house, sometimes known as a coach house, is a separate building from the main house that was originally intended to store horse-drawn carriages and related equipment. Some carriage houses contained horse stables, but in most cases, the barns or stables housing the animals were erected independently. Carriage houses were especially popular in the Northeastern United States prior to the widespread adoption of automobiles.

Consider a carriage house to be the “detached garage” of its era. Instead of a car, it housed the most advanced mode of mobility at the time.

What Is the History of the Carriage House?

Carriage houses in the United States are typically from the mid-to-late 1800s. During this time, roads got more developed, and carriages became more widespread—they’re more common in the upper northeast, New York City, and throughout New England.

What Are the Features of a Carriage House Apartment?

The following are typical features of a carriage house apartment:

Qualities of the structure

Other meanings of the term

Finally, the phrase “carriage house” has become somewhat synonymous with the image of an elegant or old-fashioned living apartment over the years. As a result, you may come across uses of the term that have nothing to do with a carriage house.

In my hometown (Columbia, South Carolina), for example, there’s an apartment complex called the Carriage House Apartments, despite the fact that none of the structures have ever been – or even resemble – a carriage house.

It’s also usual to refer to a freshly built outbuilding used as a garage, a place for guests to sleep, or an auxiliary living unit as a carriage house, especially if it has a similar architectural style to an actual carriage house, such as a large garage door or doors. It is crucial to note, however, that the phrase officially refers to outbuildings whose primary purpose was to store horse-drawn carriages used by residents of the main house.

Finally, carriage homes are single-family residences that are located on tiny properties. They may or may not be architecturally similar to true carriage houses, but the name “carriage homes” usually refers to modern-construction dwellings that were never used as carriage homes.

While a carriage house and a carriage home may seem similar, they are entirely different types of structures—a carriage house is an official historic designation or historic architectural style. A carriage home, on the other hand, is a marketing word used by real estate companies and realtors to describe a type of single-family home. Here are some more distinctions between the residences:

Unlike traditional carriage houses, carriage home plans typically share a wall and landscape with a nearby carriage home, much like townhomes or condominiums.

Carriage houses are typically erected as outbuildings on big lots, typically behind a manor house and surrounded by an open area. Carriage homes, on the other hand, are built on particularly small lots, frequently under eased limitations that allow the residences to be built as “zero lot line” structures or right against the property line. To compensate for the limitation of space, a cluster of many carriage homes frequently includes communal facilities such as a shared backyard, park space, or fitness facility.

Carriage houses often have plenty of open space because they were designed to house at least one horse-drawn carriage and frequently include an upper floor. On the other hand, they typically have fewer square feet or are made up of numerous smaller rooms because they were not constructed to accommodate carriages.

Carriage Houses in the Modern Era

Carriage houses have been renovated and modified over the years to meet the ever-changing needs of homeowners and developers. And the houses’ appeal hasn’t waned.

“They’ll always be a little different, a little eclectic because you’re taking something that was initially made for one thing and turning it into something other.”

These multi-story garages have evolved into the ideal framework for second houses and garage apartments, which are classified as accessory dwelling units. Some have been converted into industrial workplaces, artist studios, and even underground clubs.

People who desire a more eccentric or unconventional home prefer coach houses since they feature unique layouts, a variety of layout alternatives, and maybe fairly cozy depending on the design. When constructed living spaces are gutted, they can be modified from top to bottom to match the individual demands of the owner. Homeowners can choose how many rooms they want, how they want to live (open vs. more divided), and how they want to use their space (dwelling, studio, or entertainment room).

Carriage houses can add great value to a home because they can be used as garages, workshops, guest rooms, office space, studios, short-term rentals, or stand-alone apartments. They can also be difficult to find, thus they frequently command a high price.

Take, for example, Clinton Hill. This sought-after Brooklyn neighborhood is home to more than 30 carriage houses, garages, and stables, but buying here will set you back millions of dollars.

Another example is a 3,106-square-foot carriage house built in 1913 in Seattle. Its façade is very typical, but the interior is something but. The home was rebuilt by architect George Suyama, who added a steel staircase, vaulted skylight ceiling, built-in bookcases, a gas fireplace, a chef’s kitchen, and a modest primary bedroom with an en-suite bathroom that includes dual vanities, a soaking tub, and a walk-in shower. What is the asking price? The three-bedroom, three-bath residence costs over $2 million.

The increased interest in historic home renovations, along with the usefulness of carriage houses, can make these structures a great residential investment that delivers a consistent stream of passive income. Carriage houses can provide homeowners with extra revenue in the form of long- or short-term rental space, as well as a more private location for personal guests to stay, but Belcher warns that they can be like a pool: excellent if you want it, but a lot of work if you don’t. While they can help you earn more money, they will also require maintenance and repair, so keep that in mind when considering if this is the right path for you.

Making Your Own Modern Carriage House

Because the original carriage house design is adaptable but becoming increasingly rare, some homeowners want to build their own. New construction plans are designed to resemble the older-style home. You may also get a prefabricated carriage house kit that includes a garage.

Though a traditional carriage house is a historic structure, numerous modern carriage houses are being developed as towns change their zoning regulations to allow for more supplementary living units. Zoning amendments in Portland, Oregon, paved the way for an entire carriage house neighborhood. There’s even a Build Small, Live Large ADU tour where visitors can learn more about the ADUs, their owners, builders, and designers.

The state of California has also established laws that make it easier and less expensive to build these modern carriage houses. The revisions eliminated many contractor regulations and permitting rules with the goal of constructing more affordable housing in a region of the state where rents were increasing.

Is a carriage house the right fit for you?

While carriage houses provide a unique opportunity to channel your inner contractor, purchasing an older home can present its own set of obstacles. Hire a professional home inspector before making a purchase to thoroughly investigate the foundation, roof, plumbing, sewer lines, electrical, and environmental issues. Understanding the common issues with older homes before you buy might help you avoid unpleasant – and pricey – shocks later on.

When it comes to repairs, historic properties may carry a punch, and the cost to renovate a carriage house can become relatively significant when design, materials, and labor charges are factored in.

Even Nevertheless, many homebuyers choose older houses due to their charm, unique layouts, and the myriad stories contained within their walls.

“In and of itself, a carriage house carries history,” adds Belcher. “You always carry a little bit of what came before, no matter what you decide to do with it.”

If you’re looking for a carriage house, let a professional agent assist you through the purchase process and help you locate the perfect place to call home. Horses, of course, are optional.

Carriage houses are an important aspect of American architecture, and they are still in use today, but not always for the function they were designed for. And, because the term has been expanded to include different sorts of buildings in addition to its original meaning, it’s critical to understand the distinction between a genuine carriage house and a building just called a carriage house.

Carriage houses have loft-like ceilings on the ground floor, which can be as tall as 20 feet. Some also contained a modest loft-home living space on the upper floor for the carriage driver.

Did horses live in carriage houses?

Horses were sometimes stabled in the carriage house, but they were normally in a separate barn or stable.

What does it cost to build a small carriage house?

Read More
RReal Estate
A net lease is like a household name to both a real estate investor and a realtor. But… 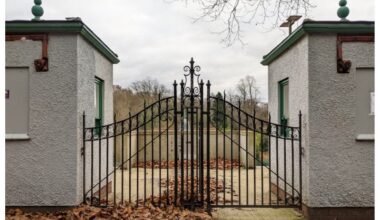 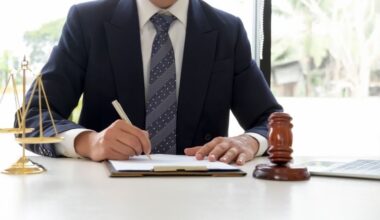 Read More
RReal Estate
Purchasing a home is most likely the largest investment you will ever make. In addition to hiring a… Read More
RReal Estate
Texas does not have an inheritance tax. However, residents may be subject to federal estate tax regulations. The… 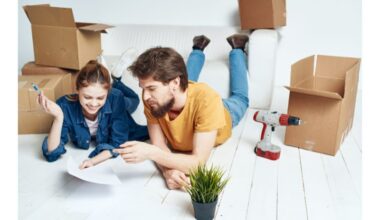 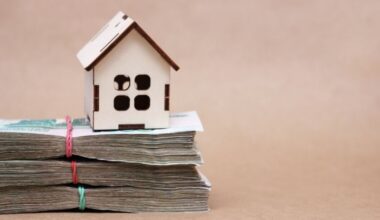