DEFEASANCE CLAUSE: Definition and How It works (Detailed Guide!)

If you are in the real estate business or planning to apply for a mortgage, you have probably heard the phrase “defeasance clause.” You must be wondering what it means, and how it relates to your mortgage. This article will explain everything you need to know about a defeasance clause, and how it applies to real estate.

What is a Defeasance Clause?

A defeasance clause is a provision in a mortgage contract that states that the title (ownership) of a real estate property will be transferred to the borrower (mortgagee) once the lender’s payment conditions have been met. Upon completion of all mortgage payments, the borrower will receive ownership of the property.

How Does the Defeasance Clause Work in a Mortgage?

Legally, the concept of defeasance exists to protect your interests as a home buyer; it’s legally binding language that states that once you pay off the loan on the house, you will own it outright and in full.

You might ask, ‘didn’t I start owning the house on the day of closing?”

Again, this is dependent on your state’s interpretation of mortgage theory, a branch of real estate law.

When it comes to mortgage law theory, real estate laws vary by state. However, they fall into one of two categories: lien theory or title theory.

According to title theory, the bank owns the house until the loan is paid off.

According to the lien theory, the person who purchases the property owns it. However, the bank places a property lien against it when the buyer obtains a mortgage.

In a lien theory state, when a borrower signs a mortgage contract, he or she also signs a security deed. This grants the bank legal title to the property while the borrower retains an equitable title. Equitable title is not the same as legal title; it simply means that the borrower has the right to live in the house for the duration of the loan unless they sell it or default.

Exceptions to the Defeasance Clause

Not all mortgage agreements will have a defeasance clause. This is because real estate rules and terminology differ from state to state based on the type of mortgage theory used.

Because a defeasance clause transfers title upon debt fulfillment, these clauses are normally exclusively utilized in title theory jurisdictions where the bank retains ownership of the residence until the mortgage is paid off. Title theory is used in more than half of the states in the United States, including:

Massachusetts, New Hampshire, and Washington, D.C. are on the coast.

Idaho, Michigan, Minnesota, and Missouri are among the states in the Midwest.

Alaska is a title theory state as well. All of the remaining states in the United States that are not listed above are lien theory states.

The defeasance clause in real estate is significant in the context of mortgages and loan arrangements since it relates to the title of a property.

The defease clause in a mortgage requires the mortgage lender to execute a deed of defeasance charge on the property. This he does in exchange for receiving bank funds to buy the property.

Loans are classified into two types: secured and unsecured.

Unsecured debt is more frequently found on low-balance financial products like credit cards. To receive large sums of money for important purchases such as a home, most lenders need borrowers to put up collateral.

In most cases, the buyer obtains a mortgage and secures the loan with the same property as security. When borrowers fully repay their interest payments, principle, and any additional payment limitations on a secured mortgage, they are granted loan defeasance and a clean house title.

In a lien theory state, the security deed is employed to “defend” the mortgage rather than the property itself. A security deed is used to transfer the legal title from the borrower to the bank at the end of the loan.

It’s understandable if this seems perplexing. Essentially, the defeasance clause is a matter of legal semantics. It all depends on how the state in which you live understands real estate ownership under the law.

The only time you should investigate your legal rights and what you are legally entitled to be is if your mortgage loan is foreclosed or defaults.

When all lender payments are made, the defeasance provision protects the lender while simultaneously assuring that the homeowner regains complete, unfettered, and free title to the property.

When the buyer makes the final payment, the lender is required to relinquish any property rights it may have.

The Advantages and Disadvantages of the Defeasance Clause

The defeasance provision would legally bind the lender to grant the borrower clear title to the house once the debt is paid off. This is the most significant advantage for a borrower.

Another benefit is that a person can potentially become a homeowner or property owner by granting the lender defeasance privileges until the loan is paid in full. A person may never be able to purchase a home if they do not have adequate funds.

The borrower does not have “title” to the property until full payment is accomplished, which could take several years. If the borrower defaults on the mortgage at any time, the lender may take complete possession of the property.

Example of a Defeasance Clause

To further understand the notion, consider some defeasance provision examples and how they appear in a contract, a debt indenture, or bonds.

These examples show how contract parties can cope with legal defeasance obligations.

The Company must hold in trust for the benefit of all Debenture Holders a mix of Dollars or US government obligations. These will generate sufficient funds to pay interest, principal, and other payments on the Debentures on their respective due dates.

To get a loan, a company may be required to set aside a certain amount of cash or bonds as low-risk collateral. After the alternative collateral is provided, one party’s rights may be altered.

In other circumstances, a defeasance provision is used to fulfill specific accounting tasks.

By having a loan and a corresponding asset account, a corporation can offset the asset and debt. Thus, removing both amounts from the borrower’s balance sheet. This is akin to the liability matching procedures used in accounting.

How Can a Company Use a Defeasance Provision?

In business, a defeasance provision can be used to allow a corporation to exchange one lender’s security for another. A borrower, for example, may have agreed to use a real estate property as collateral to secure specified obligations (real estate collateral). However, he no longer intends to do so.

What Is a Covenant Defeasance?

Other Types of Clause

If the borrower fails to meet the terms of the contract, an acceleration clause in a mortgage or trust deed states that the entire debt is due immediately. It will also specify the circumstances under which a lender may demand full repayment of a loan. Home loans, for example, typically include an acceleration clause that kicks in if the borrower misses too many payments.

While acceleration clauses are most commonly found in commercial and residential real estate, they can also be found in leases.

A due-on-sale clause, also known as an alienation clause, is a loan term that requires a borrower to pay off the entire loan balance if the property is sold. Due-on-sale clauses are used by lenders to prevent the buyer of a property from assuming the current loan at the original interest rate.

They are frequently used in rising-interest-rate environments. If a bank believes that it can make more money on a loan by requiring the buyer of the property to obtain a new loan with a higher interest rate, it may enforce the due-on-sale clause. As a result, most loans with a due-on-sale clause are not assumable.

Subordination in real estate refers to the order of liens on a property. Typically, liens are paid in chronological order—the first lien recorded is paid first, and so on. A lender may require a subordination clause to change the priority of a lien. A subordination clause effectively makes the current claim senior to any previously recorded claims.

Subordination clauses are commonly used when refinancing a home loan and there are existing liens on the property. Refinancing typically results in the original home loan being paid off and a new loan with the new interest rate being issued. That would put the new loan at the end of the line chronologically, but mortgage lenders require their loans to be first in line. Other lienholders would have to agree to be subordinate to the refinancing loan in order for the refinance to be completed.

A release clause is a loan provision that allows the lender to release an individual property in a blanket mortgage from any liens. Blanket mortgages allow investors, builders, and developers to consolidate multiple properties into a single loan, which is far more efficient than having multiple mortgages.

If the loan includes a release clause, a designated parcel or property is free of any creditor claims once a proportional amount of the loan is paid off, giving the borrower full rights to that property.

You shouldn’t be scared of defeasance provisions since they’re not even required in most places. However, if you live in a title theory state, your mortgage loan terms will almost probably include a defeasance clause. In fact, you’ll want a defeasance clause in your loan because it’ll work in your favor. It makes it clear that once you have paid off your loan in full, you will have a complete and clear title to your home. You can also think about states via the lens of an intermediary theory. You must, however, take care not to default on the loan.

What is the difference between yield maintenance and defeasance?

Yield maintenance is the real prepayment of the loan, whereas defeasance involves a collateral replacement and the legal absorption of the debt by the succeeding borrower. A yield maintenance prepayment consists of two parts: the loan’s unpaid principal balance and a prepayment penalty.

What is the defeasance period?

The Defeasance Period is defined as the time period commencing the day following the Defeasance Date and ending on the first day of the Window Period.

What is defeasance on a loan?

A provision in a contract that cancels a bond or loan on a balance sheet when the borrower sets aside cash or bonds sufficient to service the debt is known as defeasance.

PERIODIC ESTATE: Definition and How It Works

ESTATE AT WILL: Definition and How It Works 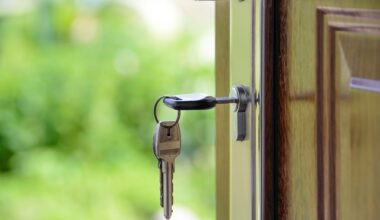 Read More
RReal Estate
If you’re an independent rental property owner who isn’t good with documentation, you can end up with a… 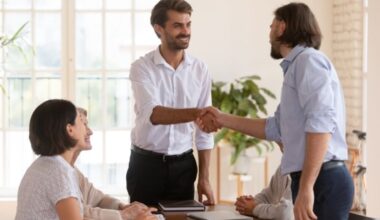 Read More
RReal Estate
If a smooth, uneventful real estate transaction is compared to a sunny day, then everything that obstructs the… 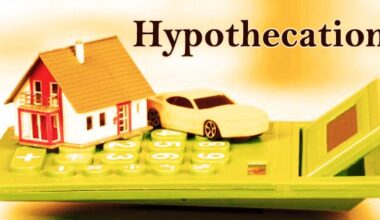 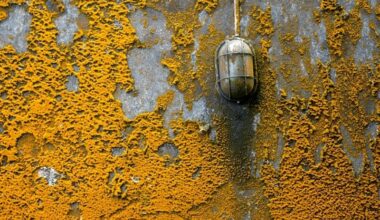 Read More
RReal Estate
Mold in your apartment is not only upsetting but also dangerous for your health. However, in most cases,… 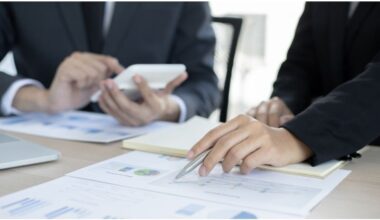 Read More
RReal Estate
As a homeowner, you most likely have a mortgage on your home. Although you were happy to take…